In many countries around the world the color pink is used to raise awareness about breast cancer. Every year in the UK the month of October is designated breast cancer awareness month. During the month activities take place to generate funds for charitable organizations, as well as raise awareness of the disease. In London some of the city’s most famous landmarks are illuminated in pink and on the third Friday of the month people across the country are encouraged to wear pink items of clothing.

‘Wear It Pink’ was launched by the UK's leading breast cancer research charity Breast Cancer Now in 2002 and since then it has raised over £33 million in fundraising*1. The idea is very simple; wear pink and raise money. Every year a large number of companies, schools and other organizations get involved and in October 2018 MEU-UK joined them.

Priya Naik (third from the right in the photo below) works for the UK branch of Mitsubishi Electric Europe B.V. (MEU-UK) in Hatfield, Hertfordshire. She is the Business Applications Development Manager in the IT department. "The Corporate Social Responsibility (CSR) team at the Hatfield office organized this event" said Priya. "We were encouraged to wear pink and donate £2 to the charity. The IT department got fully involved in the event and some of the staff wore pink wigs!"

So, how did this event affect her perspective on breast cancer?

"I think it was a good reminder about the issue and it gave us a great opportunity to think about and to discuss the disease" said Priya. "It’s important to do a breast self-exam on a regular basis, and in the UK women usually have a breast cancer screening once a year. It’s also important to remember that men can be diagnosed with the disease as well and there can be good results if it’s detected at an early stage." 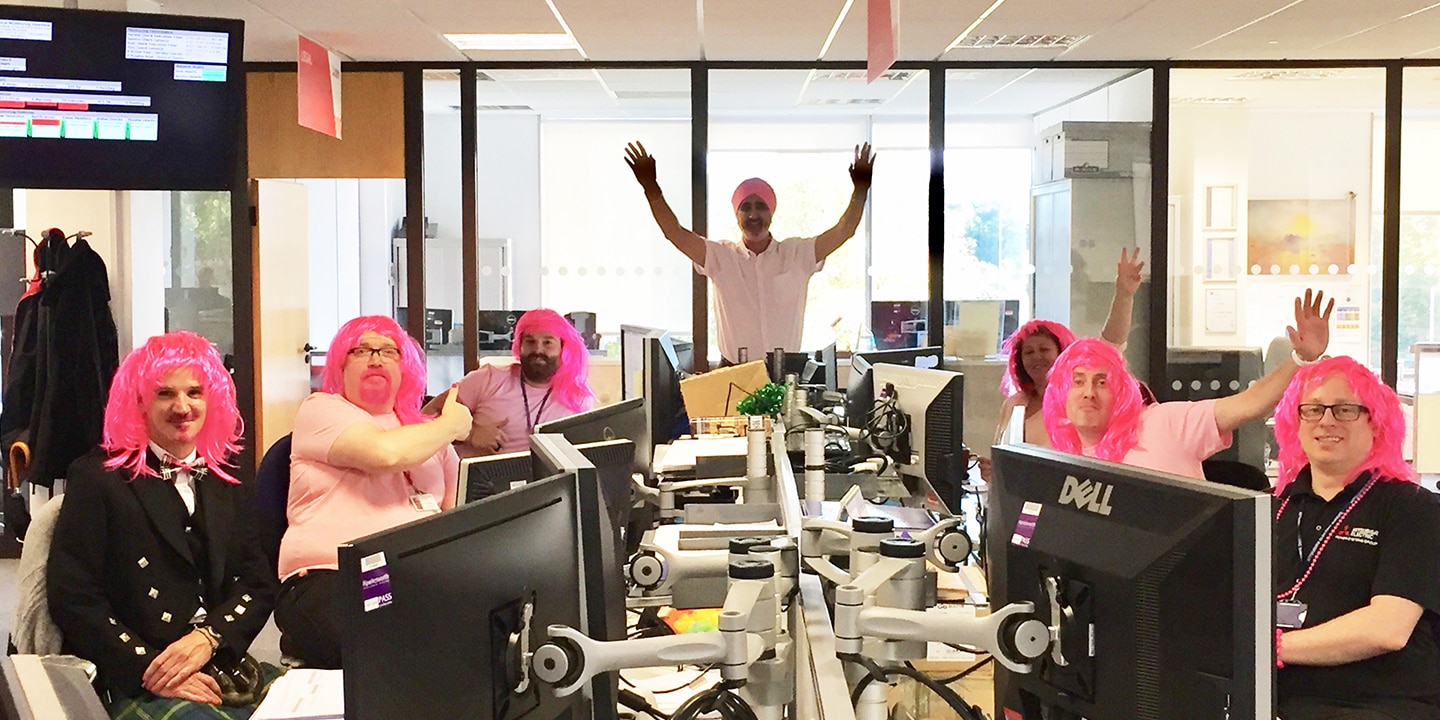 In the UK, 1 in 8 women will be diagnosed with breast cancer in their lifetime according to Breast Cancer Now. Every year to help raise awareness thousands of people wear pink to show their determination to fight against the disease. Their goal is to create a future where no one will die of breast cancer. 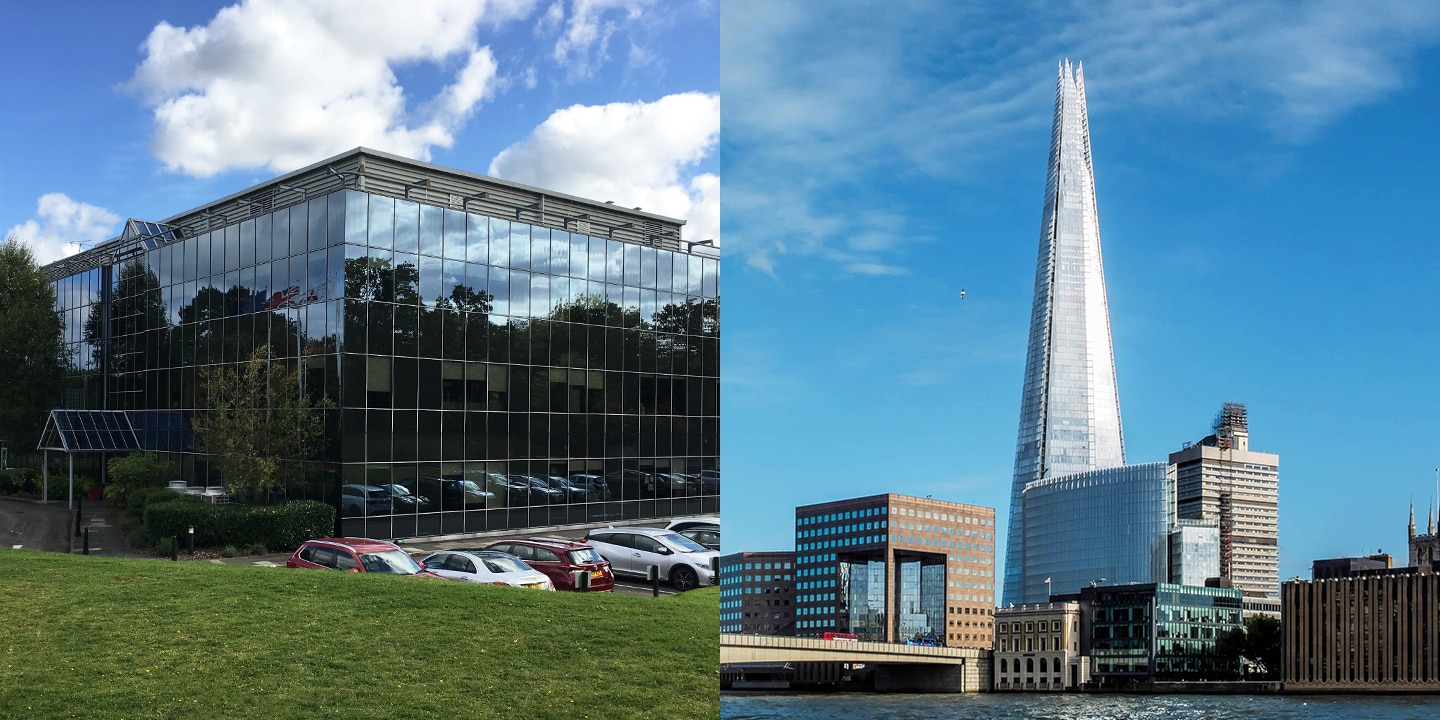 The MEU-UK office in Hatfield, Hertfordshire (left) and the Shard (right).

The Shard, one of the most iconic landmarks in the UK, is located within an hour’s drive from the Hatfield office.